Nature teaches us many lessons. We tend to like the nice ones with inspiring scenery or cute animals. We don’t talk much about the more disturbing scenes that leave us unsettled.

This is the story about a hybrid seagull and a female bufflehead duck. It is a story about a predator that is 7 or 8 times the size of its prey. And I am still not sure “who won”.

Watching birds on a winter, open water pond, I was looking at a flock of several dozen black and white bufflehead ducks. These are the smallest North American ducks—cute, tiny, compact, and determined. 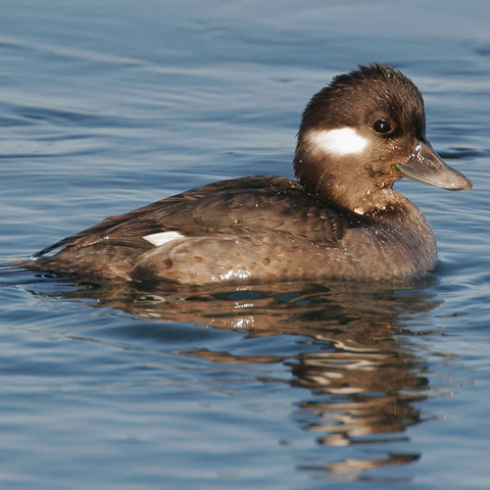 All of a sudden one of my birding buddies said, “Look at that!” I put down my binoculars and watched as a large gull swooped down on the flock of buffleheads and scattered them in all directions. It methodically separated out one of the females and chased her. She was frantically trying to get back with her flock, but the gull forced her down to the water. 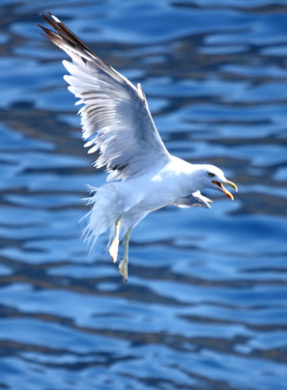 Immediately the little duck dove to escape. The gull stared at the water and swam around. As soon as the little bufflehead came up for air, the gull was right there waiting to pounce. Down again went the little duck. They repeated this dozens of times until the little duck was so exhausted she HAD to stay on the surface. Then the gull opened its beak and tried to chew on her neck and pull on her wings. It seemed like the end for the bufflehead.

But somehow she escaped—a bundle of sheer determination and will. The gull pursued her relentlessly. At least four or five times the cycle of gull pulling on duck and duck escaping and diving repeated itself. I spoke aloud to my friends. “How can she keep this up?” At this point we had been watching the pursuit for 15 minutes.

Suddenly the gull flew off and an immature bald eagle took over the pursuit of the bufflehead, who promptly dived again. Twice more the eagle tried to catch its stolen prey, but it was no match for the feisty little duck and gave up.

Looking through our binoculars, we judged that the tiny duck was swimming OK. Within a minute three buffleheads—two females and one male— flew in to check on her. They swam circles around her, and then swam quickly in the direction they had come from. It was obvious she could not keep up with them. When they flew off, she flapped her little wings, but did not appear to be able to fly.

Slowly she started to swim towards the dock in front of us. We remained completely still, not wishing to add further trauma to her afternoon. When she disappeared under the dock, which was about twenty feet in front of us, we slowly walked away.

“We must let her be,” I said. “She has either gone there to die or recover. We will never know which. We just got to watch one of life’s ordinary little creatures in a truly brave, remarkable moment.”

Sometimes it is not about winning or losing. It is about giving life your all. None of us know how life is going to turn out or when we might be asked to exert extraordinary energy on our own behalf: we just do what must be done when it’s asked of us. Coming through this winter of death and mourning, of going on with my half-healed heart, I know what it is to be buffeted and buffleheaded. And I know you also carry such moments. May we keep swimming and surviving.