We rarely get snow at sea level, but this morning we awoke to an inch of new snow. I realize this is almost laughable for my Minnesota, east coast, and Canadian friends. But it brought out a huge sense of wonder for me.

On my morning dog walk I made quite a discovery—a raccoon walked down the middle of our road sometime during the night! Maybe we have had a raccoon around for quite a while, but since they are often nocturnal we had not seen it. The other day I actually told a neighbor I did not believe we had raccoons around. 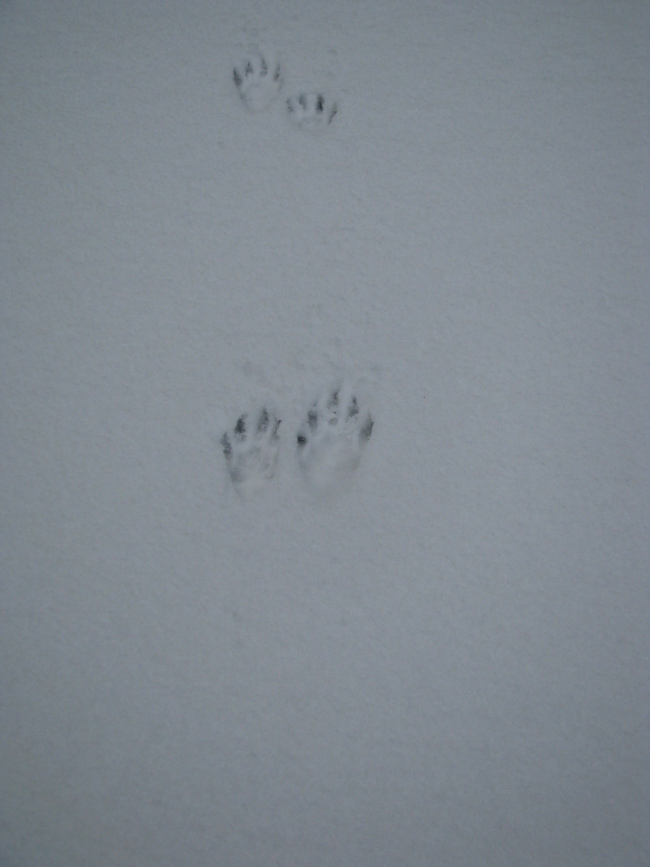 Raccoon tracks are fairly easy to identify. Both front and rear paws have five delicate thin toes, which we know work in almost human hand ways to grasp and manipulate. 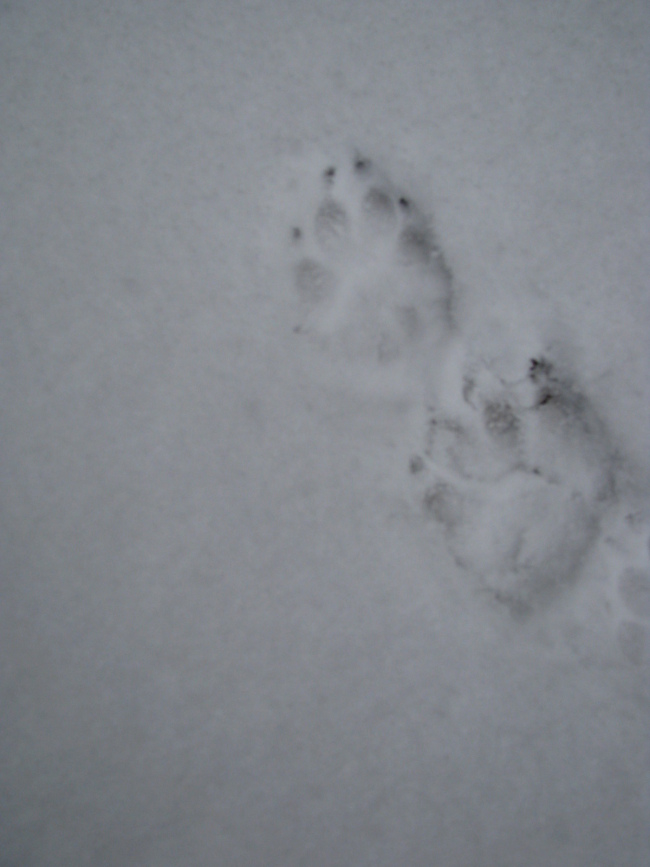 By contrast, the tracks of my little dog reveal four roundish toes with claws—no prying off lids for her. 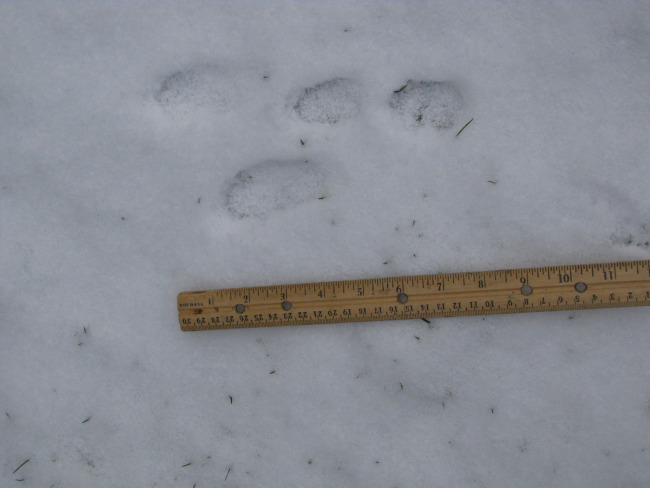 Another set of tracks came from the little bunny that lives under the cedar bushes in the front yard. Note the staggered back two small paws and the larger staggered front paws. 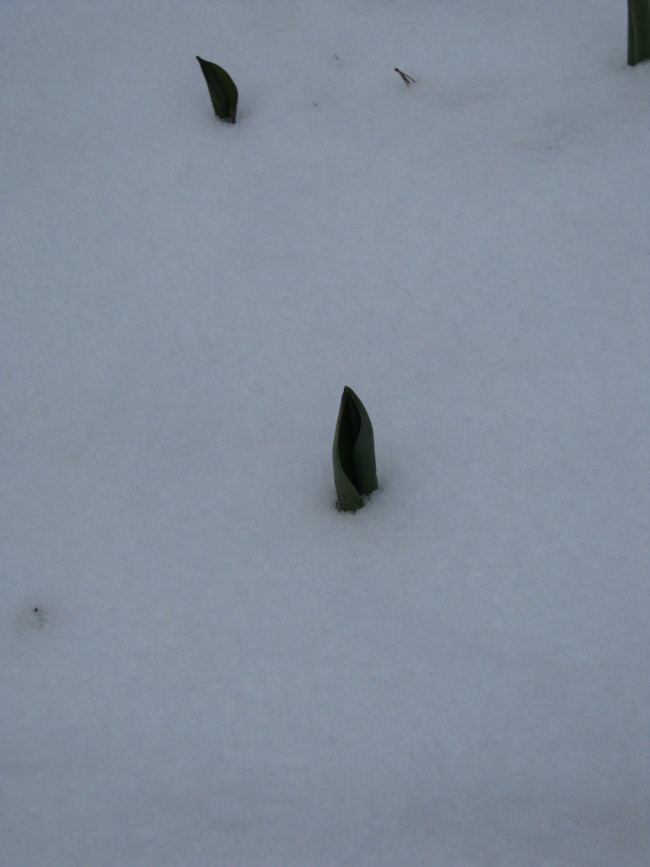 The snow has put quite a damper on our brave tulips, but it will likely melt with the predicted rain this evening. I am grateful for the world of tracks and the stories they reveal and my ability to get out and enjoy them before neighborhood cars obliterated them.