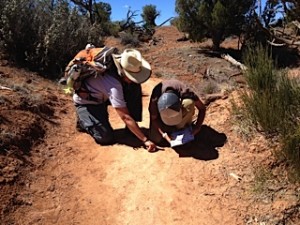 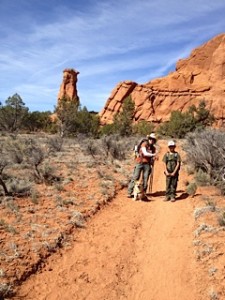 During his two-week spring break last month, we took our ten-year-old grandson, Jaden, on a road trip to camp in the magnificent canyon lands of southern Utah.

For Ann, this trip was a touchstone into desert landscape that had shaped her early adulthood and the golden years of mothering. As a young teacher and naturalist, she had taken her two children, including the mother of Jaden, on extensive camping trips into this territory.

For me, it was a dip into the opposite of everything I know: green became red, wet became dry, ocean became river, river became sand, soft became prickly, cool became hot, the uprise of mountains became the submersion of canyons eroded through sandstone. Busyness became stillness, distraction became focus, e-mail became Nature.

For Jaden, coming from apartment life in Los Angeles, this was his first road trip, his first camping trip, and his first time completely away from city-boy routines. We picked him up from the Las Vegas airport on Spring Equinox and started driving the Interstate toward southern Utah. He fell asleep with the dog’s head on his thigh—and woke up after we had turned were dipping into the first drive-through landscape of red rocks towering over us. “Whoa,” he proclaimed, as he opened his eyes, “Where are we?”

“Glad you’re awake,” I said, “Welcome to the Planet of the Stones…” So our magnificent adventure began! Jaden was up for everything. He loved every campsite, loved every hike, loved having our dog become his dog, loved learning how to split wood, make a fire, light the camp stove, whittle an arrow, put up the tent. He hiked part of “The Narrows” in Zion, walked the Escalante River, rode bikes along the south rim of the Grand Canyon, studied and pledged himself as a Junior Ranger in four parks… promising to “be a friend to the Earth.”

He brought some LA life to the campfire, sang and danced “Uptown Funk,” with all the moves and lyrics. He played Monster trucks in the red dust, making a racetrack around the camp chairs. He regaled us with stories. And he tuned in, deeper and deeper to Nature, to birds, to animal tracks, and star constellations.

Now he is back in LA, loved on by the family who missed him. He is a boy of color, in a city density of over 7,500 people per square mile, in a greater metro area with 12.8 million people, nearly half Hispanic; he is immersed in the streaming world of Minecraft, X-Box, videos of violence and adventure that boys love: How to Tame your Dragon, Big Hero 6. And we trust, that his boy of wonder, naturalist self is tucked inside him and growing.

Now we are back in green lands, planting and weeding the gardens, mowing grass, enjoying the edge of Puget Sound, watching the Olympic Mountains appear and disappear in clouds and sun. We are aging Anglo women, living on a sylvan island just off-shore from the frenetic energy of modern America, holding onto the BIG concerns for the life coming toward our beloved grandchildren and all the children who stream in and out of La Ballona Elementary School, who will make the 21st century their home. 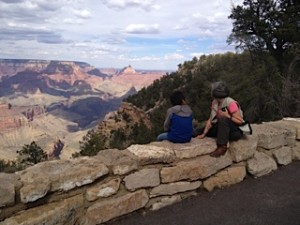 The Planet of the Stones is hard to comprehend when you are ten years old. We watched Jaden’s eyes glaze after a few minutes of trying to understand how “220 million years ago, this land was under the sea…” We had a few conversations about sand turning to stone, about river erosion… and then released him to thumbing through Ann’s copy of The Sibley Guide to Birds and listing nearly 40 “first sightings.”

Geology is nearly unfathomable at any age. Standing in the canyons, my mind raises the question, “Whose planet is this, anyway?” in the resounding quiet—punctuated by bird calls and the riffling of pages as Jaden IDs another feathered friend, the stones calm the spirit in this grandmother’s activist heart: they withstand.

Astronomer Carl Sagan, in his television series, Cosmos, collapsed the last fifteen billion years of galactic history onto a one-year calendar. Earth does not condense from interstellar matter until September of that imaginary year. Plants do not colonize until December 20th. Human beings show up on December 31st, 90 minutes before midnight. Sagan calls human beings, “matter grown into consciousness, coagulated star-dust, a way for the cosmos to know itself.” I breathe deep, inviting the red dust of former seas into my lungs.

Come with me, red dirt. Come into the cells of my being, become my teacher. Show me how to withstand what is coming. Help me blow stardust where it is needed. Help me erode away all that is not needed and discover the pattern for what must be preserved. I am the grandmother of Jaden and Sasha: I am the granddaughter of the stones. 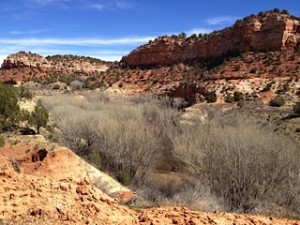 Hawkeye and the Peregrine Falcon War & Peace
Scroll to top