It so happens that the work which is likely to be our most durable monument, and to convey some knowledge of us to the most remote posterity, is a work of bare utility; not a shrine, not a fortress, not a palace, but a bridge.

The first night I taught at Aldermarsh Retreat Center on Whidbey Island, May 1995, I slept on a yoga mat at the edge of the circle, feeling my way into this new work that was calling Ann Linnea and me. It was the beginning of a 27-year journey around the world and back, always back, to this place, the hearth of our work. Aldermarsh is ten miles down the road from our house, on our own island, allowing us to welcome hundreds of people through the green mists that characterize this place.

That first night, mid-40s, pioneering a pattern back into the world that was nearly lost, wondering how to actually transmit the structure and magic of the circle, I had a dream. In my dream, we were sitting in circle at dusk, the tall windows darkening. A great ball of fire shot out of the sky, across the meadow and began bumping up against the window, trying to break in. An inner voice proclaimed, “if you let the fire in, it will change everything.” There was a moment of hesitance, of preparing myself, then “Yes.” The ball of light burst into the room, filled the room, rained down upon us all, and came to rest in the center of the circle where it shimmered a while, and then slowly sank through the floor of the Marsh House and into the meadow ground.

Meanwhile, I feel electrified, as though a fire is lit in the cells of my being. I wake up, hearing that voice whisper, “This is the restoration of the temple.” Over the years, when the circle has touched again that shimmering place where we have been gathered in by the stories and presence of one another and the sacred geometry of the circle itself, I have shared this dream. I have always remembered it and every time I enter the Marsh House to teach, facilitate, and learn, I touch that invisible place of entry in the windowpane.

Books written by Self as Source alumni.

December 1-7, 2022: I am at the Marsh House one last time in my role as writing guide for a circle 13 women, 1 man, all exploring how we use “the Self as the Source of the Story.” I have been teaching this seminar for 32 years, usually twice a year, plus alumni groups, so probably totaling about 75 times, and most of those times here—in the marsh, in all seasons. Humbled time and again by what happens in this alchemy of space, pattern, story, and courage to bare our hearts on paper. 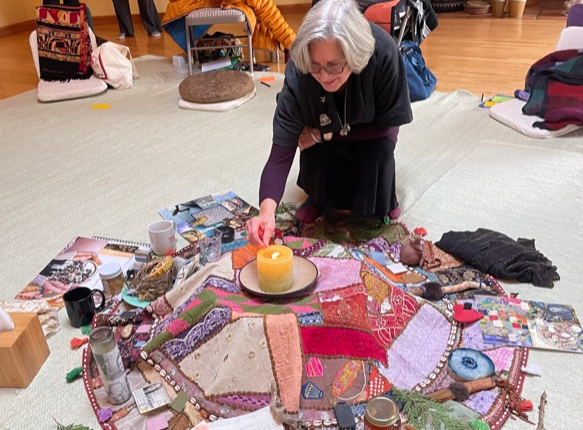 A candle in the center, to hold the sacred space of story.

December 4, I have a dream: a birds-eye view of armored men on horseback and others marching with shields and spears. They storm an ancient temple. They take it apart brick by brick and throw the stones into the sea. They are violent, but I wake calm. I hear an inner voice, “It is the destruction of the temple that freed the fire.” One woman stands in the center of the chaos. She is the teacher. She is Sappho, and this is the desecration of her sacred school, where the young wives of the Greek ruling class learned to hold the Deep Feminine within patriarchal society and the roles expected of them.

No one knows what really happened to Sappho or the initiations of her school. There is little record of who she really was, what she taught, what happened to her poetry—though she was considered the finest poet of her time. It is her erasure that gives rise to myth and suspicion as the works of her male contemporaries have survived the ages. Sleeping by the Marsh House, I wake middle night, there is a light at the window, not fire, but reflected fire, a moon coming full. Sappho whispers, “All temples are temporary. All words are eventually lost. But the unnamable, ineffable essence, what we were really initiating, remains.” She extends her hands.

Next week some other version of similar work will be housed and held on these hallowed grounds. Next week I will put away stacks of books published by students over these years. I will shred old teaching notes and take boxes of collage scraps to recycle. I will make soup from the catering leftovers. Ann and I will walk the dog. And I will be a Storycatcher without a “temple.”

This I know: I let the fire in, and it changed everything.

This I trust: that my releasing this nestled, tree-guarded temple frees the fire.

I cross the bridge. 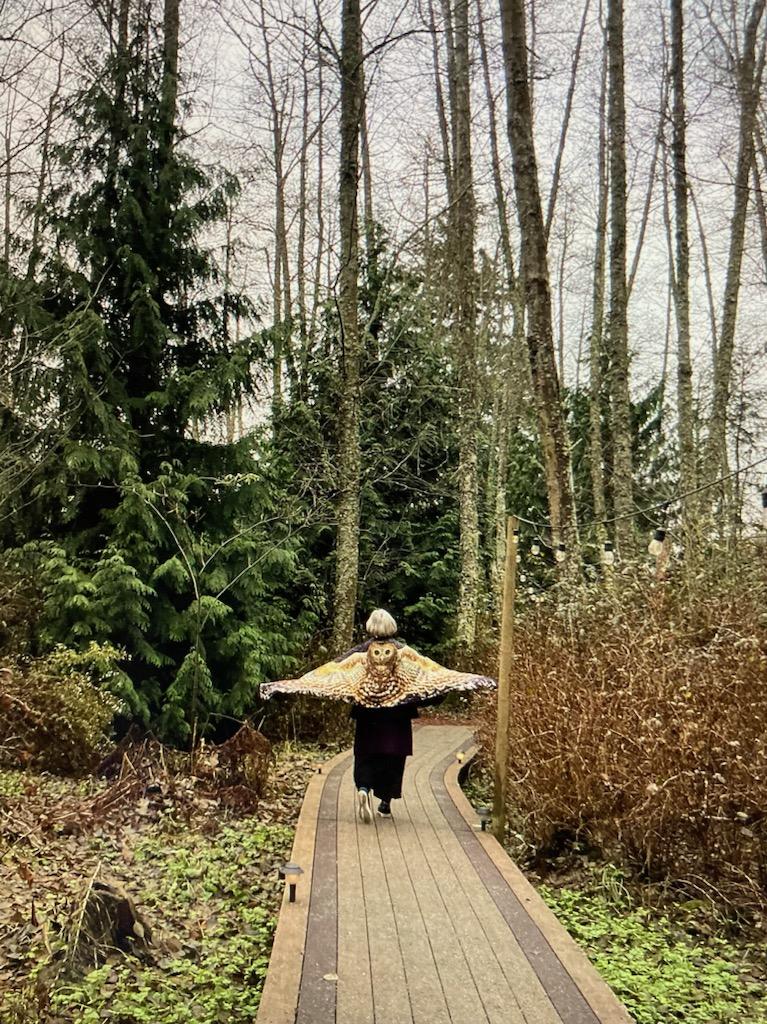