Originally I was going to post this blog on January 6. But on that day the President of the United States, whose job is to protect our government, incited rioters and looters to attack the U.S. Capitol. My father, a lifelong Republican who risked his life for democracy by fighting in World War II, would be furious. My mother, who lived her life as a model citizen of democracy, would be appalled and profoundly saddened. I carry both their emotions.

I wrote this blog to insert knowledge and hopefulness about good things that happened in the challenging year of 2020. It still does that and maybe more than ever this moment needs the story of two women scientists—one a friend and mentor, another living a short distance away—who have changed how we view the natural world, specifically the potential for fungi to be of help during this profound time in history.

When I was an undergraduate Botany major at Iowa State University (1967-71), my major professor was Dr. Lois H. Tiffany—a mycologist, an Iowa farmer’s wife, a mother, and a woman science professor in an era when women scientists were rare. She was known as “Iowa’s Mushroom Lady” because she taught and led field trips all over the state. She was a remarkable role model and teacher to me. Lately I have been thinking about her because even in a year overwhelmed by politics and pandemic, fungi, or more specifically their mycelium, have been making the news. If she were still alive, I think “Dr. T” would be gratified to see her long-held beliefs and research about soil, and mycelium in particular, validated as crucial to the health of plants. 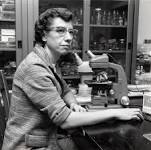 In the complex year of 2020, the emergence of ground-breaking understanding about the role of fungi in sustaining planetary life may contribute to our lives as much as vaccines and restorative political leadership. (The terms mushrooms and fungi are often used interchangeably, but technically mushrooms are the fruiting bodies of certain species of fungi.)

Early in 2020 the documentary, Fantastic Fungi https://fantasticfungi.com/  opened in independent movie theaters. (It was the last movie we saw in a real theater before COVID-19.) An LA Times review summarized the documentary this way, “Mushrooms are the new superheroes… a documentary of epic proportions.” The cinematography was superb—imagine subterranean, invisible to the naked eye, networks coming to life as we see them in action doing their work of sustaining plants and decomposing things that humans cannot figure out how to get rid of.

In December,  the New York Times magazine published an article entitled, “The Social Life of Forests” by Ferris Jabr: https://www.nytimes.com/interactive/2020/12/02/magazine/tree-communication-mycorrhiza.html?referringSource=articleShare . The article enables us to see the very real progress being made on understanding the underground world of the soil and fungi. And it opens our minds to thinking about defining “communication” in new ways—i.e. something other than human words.

At the end of the year, I finished reading Entangled Life: How Fungi Make our Worlds, Change our Minds & Shape our Futures by Merlin Sheldrake (2020 Random House/New York). This brilliant book by a young scientist with its 50 pages of notes and its 44 pages of bibliography details everything from the revolutionary work around lichens(extremophiles) to the mind-altering capabilities of mushrooms to the industrial potential for these organisms to decompose everything from plastics to nuclear waste. This young scientist has synthesized profound amounts of information to further help us understand the potential of this life form. 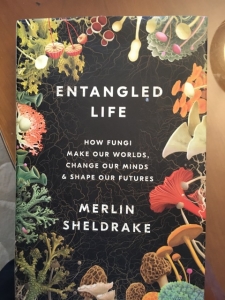 Conviction/persistence by a young woman scientist

All three of these 2020 works feature the research of Dr. Suzanne Simard, Professor of Forest Ecology at the University of British Columbia. She grew up in the old growth forests of British Columbia across the border from where I live. When she decided to pursue a career in forestry in the 1990s to study what she loved, she entered a discipline that thought of trees as commodities that would produce faster profit if grown in monocultures so the desirable species had no competition. This did not make sense to a woman who knew the aliveness of an old growth forest with its variety of trees, plants, and animals. 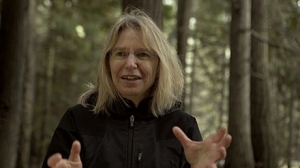 Despite dismissal by many colleagues, she persisted in her conviction that there is a scientific way to “prove” the interrelatedness of trees in a forest. Her 1997 PhD thesis was the first study showing that carbon passed between plants in a natural setting (not in a greenhouse). Using radioisotopes and tracking the movement of activated molecules between trees, she showed that trees are not separate entities, they are connected via mycelium. Or as Jabr writes in his article, “Trees appear to communicate and cooperate through subterranean networks of fungi.”

The tiny fungi strands (mycelium) surround tree roots forming a partnership called mycorrhiza that enables the trees to get water and nutrients from the soil while fungi utilize the sugars the tree makes through photosynthesis. The forest and all habitats are a study of cooperation and linkage.

Dr. Simard will be coming out with a new book on May 4, 2021, Finding the Mother Tree, Discovering the Wisdom of the Forest. The advertising for this book claims, “From the world’s leading forest ecologist who forever changed how people view trees and their connections to one another and to other living things in the forest.” I can hardly wait to read this new book!

Dr. Tiffany published over 100 scientific papers and looked extensively at the relationship of fungi to Iowa’s prairie soils. Dr. Simard brings a similar impeccability of scientific research on the subject of forest soils and trees. Fungi are crucial to the web of life in all habitats. It is good to see them getting some “popular press”.

Every week, my little dog and I walk our local state park with its old growth and mid-growth forest. It is winter in the Pacific Northwest. The rains have made visible a lot of mushrooms. I am keenly aware that I am seeing only the most miniscule manifestation of the mycelium beneath my feet and scattered everywhere in the rotting and downed logs. So much has been learned about fungi in my lifetime! A bow to scientists who continue to pursue the true curiosity of real scientific inquiry to open our understanding of the world around. 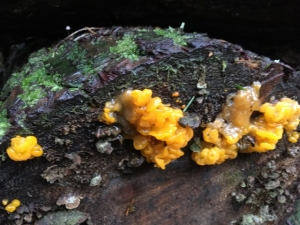 A jelly fungus with the common name Witch’s Butter, photo by Ann Linnea at nearby state park